An update from the MONALEESA-3 investigators, with follow-up of 56.3 months, showed a median OS of 53.7 months among patients randomized to ribociclib in combination with fulvestrant, versus 41.5 months for those assigned to fulvestrant alone.

Both updated analyses were presented during the ASCO 2021 virtual meeting.

The final analysis of the phase 3 PALOMA-3 study included 521 patients with HR-positive/HER2-negative advanced breast cancer from the original trial, representing 75% of the total study population, with a data cutoff of August 17, 2020. At enrollment, more than one third of patients received prior chemotherapy for advanced breast cancer, and 35% received ≥2 prior lines. At the final OS analysis, the difference in median OS in favor of palbociclib plus fulvestrant at the final analysis represents a 19% improvement in the endpoint (HR, 0.806; P=0.0221).

“Remarkable in this metastatic setting, the 5-year OS rate is 23.3% in the Palbociclib arm compared to 16.8% in the placebo arm,” said lead investigator Massimo Cristofanilli, MD, from the Robert H. Lurie Comprehensive Cancer Center of Northwestern University, Feinberg School of Medicine, Chicago.

Among patients with no prior exposure to chemotherapy in the advanced setting, palbociclib/fulvestrant improved median OS to 39.3 months from a median of 29.7 months in the placebo/fulvestrant arm (HR, 0.72; P=0.008).

The OS advantage with palbociclib plus fulvestrant over fulvestrant plus placebo was maintained regardless of ESR1, PIK3CA, and TP53 gene mutation status by circulating tumor DNA analysis.

“These findings support the continued use of palbociclib plus fulvestrant as a standard of care in patients with HR-positive/HER2-negative advanced breast cancer,” concluded Dr. Cristofanilli.

The phase 3 MONALEESA-3 study, which evaluated ribociclib in the first- and second-line settings, was conducted in 726 postmenopausal women with HR-positive/HER2-negative advanced breast cancer.

As reported by Dennis J. Slamon, MD, from the David Geffen School of Medicine, University of California, Los Angeles, treatment is ongoing in 14% of the ribociclib plus fulvestrant arm and 8.7% in the placebo plus fulvestrant arm. Progressive disease was the reason for treatment discontinuation in 61.8% and 79.8%, respectively.

Ribociclib plus fulvestrant prolonged OS both in the first-line (median OS not reached vs. 51.8 months; HR, 0.64) and second-line (39.7 vs. 33.7 months; HR, 0.78) settings, as well as in patients who were either sensitive or resistant to endocrine therapy.

“MONALEESA-3 remains the only randomized trial that has evaluated a CDK4/6 inhibitor, and demonstrated a significant OS advantage in patients in the first-line setting,” said Dr. Slamon. 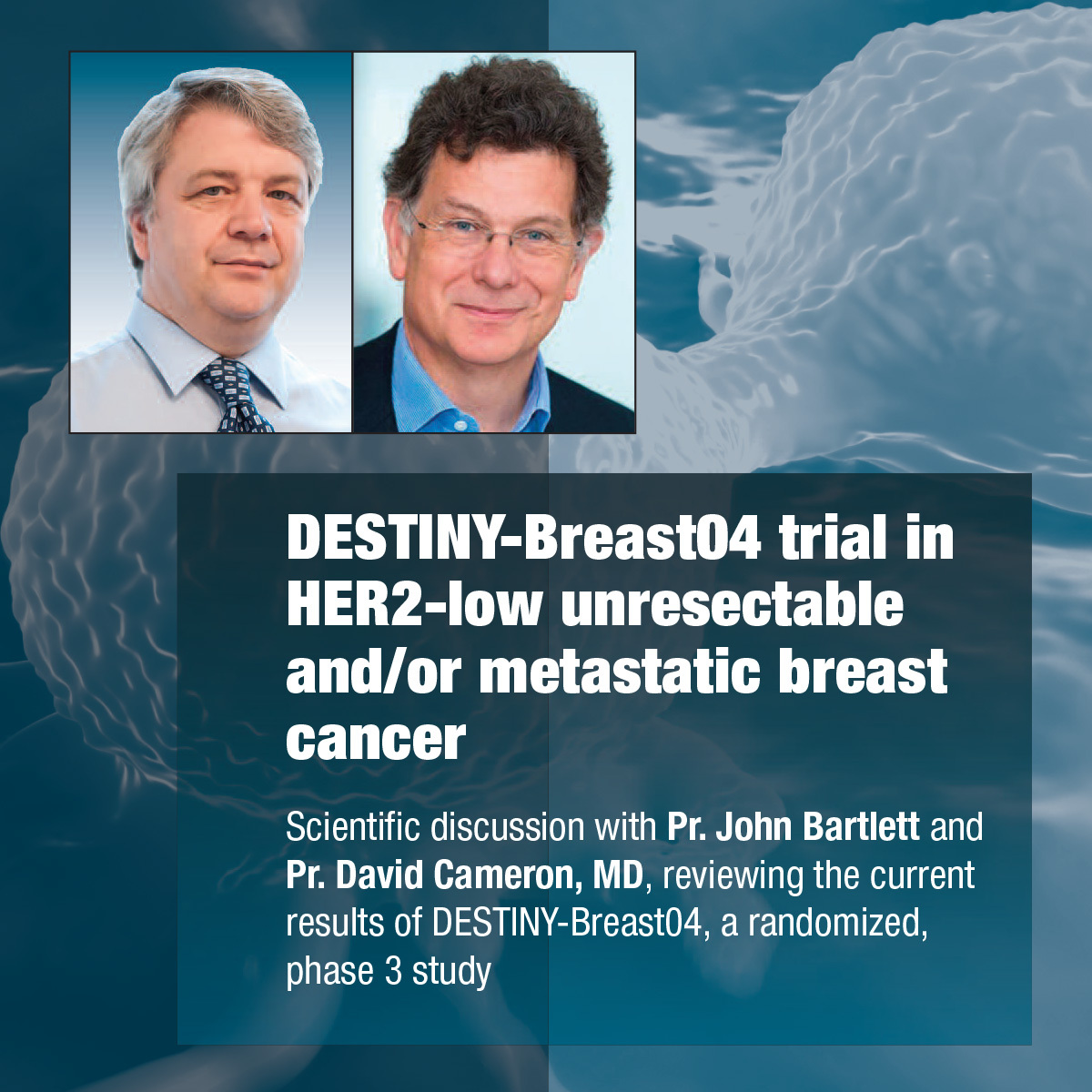